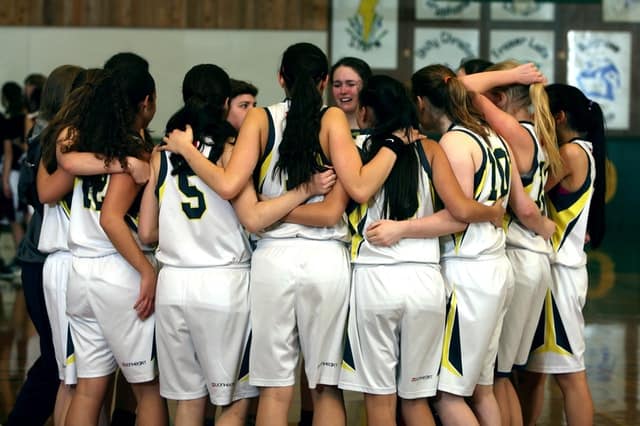 “If your ego gets in the way of knowing how valuable you are as a team member, it is because your ego can’t see that winning requires the ability to see the value of contribution.” -Sherry Winn

How many times have you seen training offered for individuals to be great team members?

So many times we emphasize the need to be a great leader, but if you have too many people trying to lead, the result is chaos.

Too Many Stars, Not Enough Team Members

What team can win without individuals who are willing to be the best team members possible, to fulfill their role to the highest level and to support their leader?

In 1993, I coached a team with seven players who were capable of averaging double digits.

AND they all wanted to be THE STAR.

Imagine the number of times players walked into my office asking how they could get more shots on goal.

One day after three different players came to my office complaining that they weren’t getting enough shot opportunities; I realized if we didn’t address the issue of TEAM rather than STARS, we were not going to win the national championship we were chasing.

What we needed to satisfy the egos of our players was a ball in each player’s hands on every possession.

How often have you felt that desperation—that if only some team members would see the brilliance of following that you would win more of your goals?

The next practice I said, “All of the starting five get a basketball. You guys are going to run our motion offense. Defense get on the floor.”

Picture five players standing with balls in their hands unable to pass to a teammate.

My point guard said, “But coach we can’t. We don’t have anybody to pass to. We can’t run our offense.”

“Hmm. So what is the problem? You all want to score more. I solved the issue. Shoot ‘em up.”

The five starters stood looking at me with balls in their hands.

Finally, one of the players took her ball to the ball rack.

And then another one put her ball away and another one until there were only two players with balls.

“Here is the defining point. Which one of you is willing to be the ultimate teammate—to do whatever it takes to win even if it means the ONLY people who understand your sacrifice are your coaching staff and teammates?”

Finally, we had a team…and we did win the national championship that year.

If you need help building a team, this is what I do. I built winning teams for 23 years. I get how challenging it is to build a group of people who all believe they are valued and essential to obtaining your goals, which is why I do a seminar called, “WIN or Lose is Something You Chose: The Seven Key Elements to Winning Teams.”