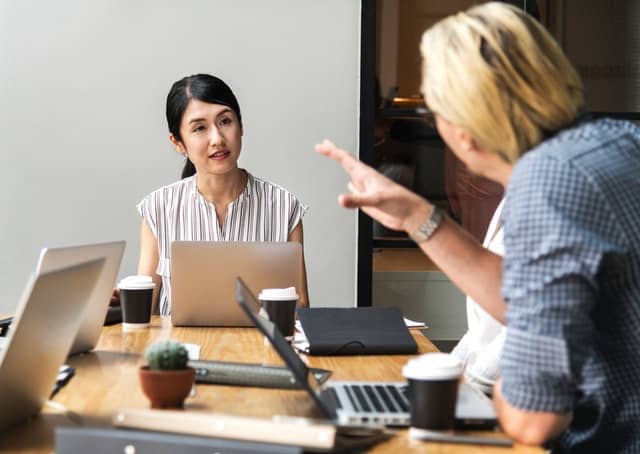 When I speak all around the country about leadership principles, the number one question I receive is: “How do I effectively communicate with my team members?”

Most leaders struggle, because they believe effective communication is about talking.

While talking is important, you might have also heard this adage:

“You were given two ears and one mouth, so you could listen twice as much as you speak.”

How many leaders understand that the most powerful tool in communication is listening?

A Crucial Leadership Habit for Success

In Stephen Covey’s book, The Seven Habits of Highly Effective People, Covey relayed seven key leadership principles. Habit Number Five was: “Seek first to understand and then to be understood.”

Covey determined that people were not going to listen or be inspired to work harder you if you failed to invest in them. Covey understood that when people feel heard, they feel valued.

Leadership Habits That Result in Failure

While training for the 1988 Olympics, my coach, Misha, was a native Hungarian. As a Hungarian, he was taught that coaches demanded, commanded, and ordered their team members on the court. As a result, a chasm developed between the team and him.

He ordered us. We revolted. He commanded. We balked. He demanded. We cringed.

When he asked a question and a team member dared to answer, the team member was shot down.

The gap between team and coach expanded.

Despite the talent and experience that we possessed, we failed to win a medal during the 1988 Olympics.

The true culprit was the lack of understanding of the crucial leadership principle of communication. If Misha would have possessed the communication tools to listen to us, he would have learned how fatigued we were. He would have heard that we needed less yelling and more encouragement. He would have given us constructive feedback rather than negative criticism.

Both of us would have benefited, because when we won, he would have won.

Listening is a challenging skill, because you must put yourself second. You must be in the here and now, get rid of your need to respond immediately, and allow your team member the benefit of your full attention.

When you pay attention to the leadership principle of active listening, you gain as much as your team member.