“The key to the victory was faith; the ability to believe in a positive outcome without knowing HOW it will happen.” -Sherry Winn

Do you have the capacity to get through adversity?

If you’ve watched the Olympic Games, you’ve seen gymnasts blunder on the uneven bars, vault or balance beam. They might fall off and have to finish their routine. They have seconds to recover and continue.

And they do. They get back and finish their routine even when they know they can’t possibly win a medal. That is courage! And the ability to overcome adversity.

The Shift of Mindset

During the 2006 NCAA East Regional Basketball Tournament, we were ranked as the number one seed, which comes with a ton of “perceived” pressure to win. I use the word “perceived” because pressure is something that you put on yourself.

The first game we barely squeaked by a team that we creamed by 25 points earlier in the season. We dribbled balls off our feet, missed the entire basket on lay-ups, and played “kindergartener defense”, yet we found a way to win.

With only one day of rest we had to get our mental game back. How do you do that—shift your mindset after a poor performance? 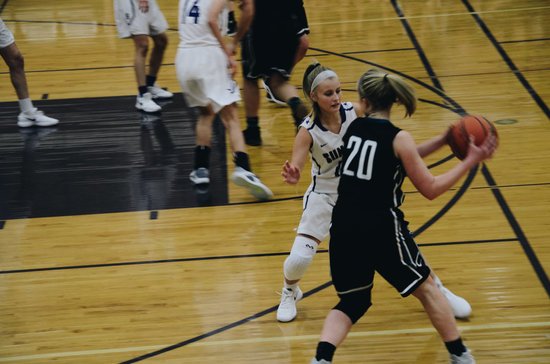 In our next game, the semi-final, we were down by two points with 13 seconds remaining on the clock. Our All-American was on the bench fouled out. Our opponents, the Cardinals, were shooting two free throws, which would put them up by four points, making it virtually impossible to win the game.

In that moment as a Cardinal stepped to free throw to win the game, my players looked at each other and said, “We’ve got this!” Imagine possessing the faith to say, “We’ve got this,” when all the odds are against you.

Our opponent missed both free throws. Our point guard grabbed the rebound, dribbled the length of the floor and dished it off to a teammate who made the basket as the buzzer sounded. We went on the win the game in overtime with our All-American sitting the bench.

The key to the victory was faith; the ability to believe in a positive outcome without knowing HOW it will happen. Do you have that faith and how do you get it?

Does your team lack the winning mindset? I present powerful keynote presentations about overcoming challenges and developing a winning mindset. If you or your company are not exhibiting championship qualities, email me at sherry@thewinningleadershipcompany.com.

Building winning teams is what I do.