The principles for Winning

Can a certain degree of talent with a lot of hard work pave the way for great success一does success depends on natural talent? 一Or, is it based on skill and persistence?

Consider this for a moment; when you look at successful leaders throughout history, there’s certainly a level of innate talent and endurance that favors their chances of winning, right? One has to have a certain amount of skill in the area one wants to enter. After all, not everybody was born to be an Olympic athlete.

Talent alone doesn’t determine a leader’s success. What defines a leap from saying “I have some talent, I’m going to be good” to being great is a method all great leaders know. The first step is learning what things to avoid at all costs.

What Not To Do

Whether it’s accomplishing financial success, meaningful relationships, professional goals, or simply wanting not to reach your fullest potential, here’s what you should avoid doing. 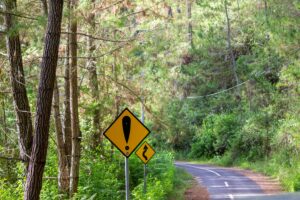 Avoid being a poor listener.

Athletes train extremely hard to the point of exhaustion and fatigue; they learn to develop skills that increase their Emotional Intelligence. They learn to lead and be led.

As an athlete, I learned to listen to my coaches. However, I had coaches from communist countries, and back then, their communication was forceful and hostile. From those experiences, I discovered the importance of talking to my players to determine where they were mentally speaking.

As a coach, I checked on my players to see if they were at the point of fatigue, took a step back, and re-assessed their feedback to guide my decision-making. Focusing on using positive language to bring my players up through two-way communication and spending time letting them know I had faith in their abilities was crucial.

Thirdly I learned as an athlete and coach to stay away from victimhood. Making excuses and blaming others does not move you ahead; instead, it’s a damaging stage that will hold you back.

Now that you have learned what to avoid. Let’s dive into the winning approaches to leadership drawn from my experience as an athlete and as a winning coach that will drive you forward in your quest for leadership excellence.

By your people ― I mean your team. Build your team up and recognize what they have and could accomplish instead of dwelling on disapproval—channel success through your words.

Using imagination to visualize is a powerful tool that separates top leaders from the average ones. You have to be able to imagine and feel yourself crossing the finish line; feel your win!

It’s essential to surround yourself with people that will inspire and stimulate your personal growth as a leader. While I never had a mentor or a coach who taught about mindset training, I’ve found my mentors in books. Dr. Wayne Dyer, Abraham Hicks, Don Miguel Ruiz, Deepak Chopra, and Joe Dispenza have become my teachers. The most important lesson I learned about effective leadership is to train your mind.

Mind training elevates you from average to good to extraordinary. I became interested in attitude, mindset, and the power of the mind as an Olympic athlete and then later as a coach when I became aware of how my mind stopped me from being my best.

Once I understood that I was my own worst enemy, I knew that something had to change. Later, I witnessed my players doing the same thing to themselves.

The Law of Attraction

I learned about the Law of Attraction and how our thoughts really matter. Most people let their thoughts believe, but they don’t believe in their ideas! Attracting what you want is achieved through feeding your mind with positive beliefs.

Emotional intelligence is the ability to regulate your own emotions ―become aware of how others perceive you and know how to channel your feelings effectively so that your team follows your lead.

Now it’s time to go beyond visualizing. You must continue to develop your mind. Consume content that will train your mindset and develop emotional intelligence. Read books, attend conferences, take leadership courses or listen to podcasts.

There’s so much knowledge you don’t know. The only way to fuel ourselves is to keep inspiring ourselves to learn more. Grow yourself, 一invest in yourself.

Summing it all up

The world is filled with individuals who have genius, but as we have learned here, talent is not enough without the grit and mental training. Seeking growth and knowledge is vital to the success of a leader. Don’t forget to listen to your team, avoid using negative language and avoid falling into victimhood.

Remember that the learning doesn’t stop when you leave college; you must continue to enrich your mind. Feed your mind, Train your mind. 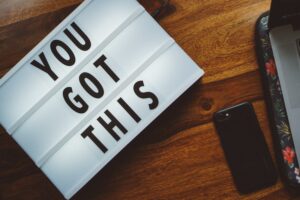 ***For more insight into leadership, visit The Winning Leadership Company for more on leadership. https://www.thewinningleadershipcompany.com/

Photo by Nicolas Hoizey on Unsplash

Photo by Muhammad Daudy on Unsplash

Photo by Prateek Katyal on Unsplash